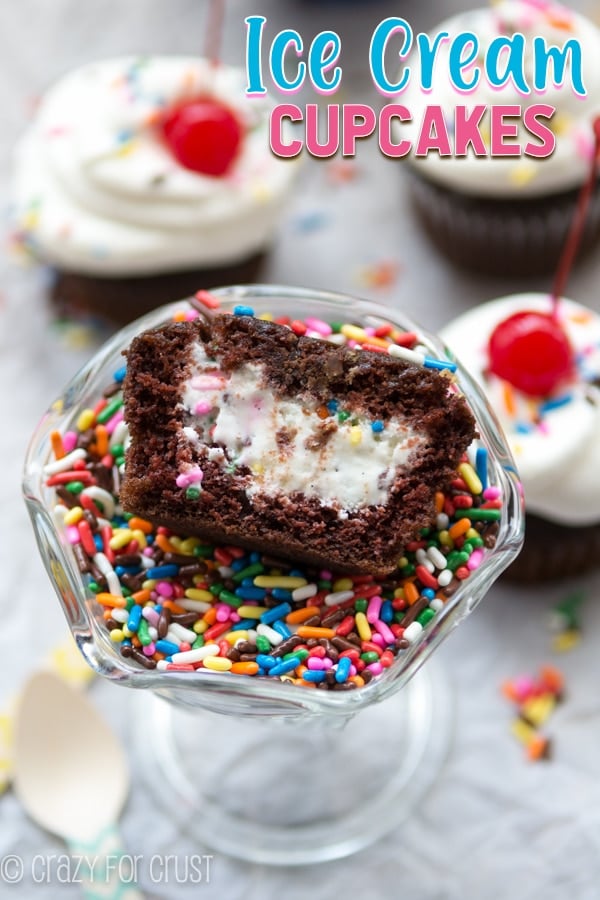 A long time ago a friend shared a photo on my Facebook wall of ice cream stuffed inside a cupcake and I thought it was so genius I had to make them immediately. It’s just such a great idea: cake and ice cream all in one!

There is nothing better than dessert stuffed in dessert. I’m obsessed with stuffing desserts, like Rolos in peanut butter cookies or Oreos in gooey bars. Now it’s all about ice cream in cupcakes!

Back to the matter at hand: a cupcake stuffed with ice cream. I mean, it’s kind of genius. Think about it: a birthday party without an ice cream scoop. No more “he got more ice cream than I did!!!”

It’s the perfect single serving dessert for when you want a cupcake…and ice cream too. And the flavor combos. Oh. My. Gosh. Think of the possibilities!

Ice Cream Cupcakes are the perfect birthday cupcake with your favorite flavor cake and ice cream all in one single serving! 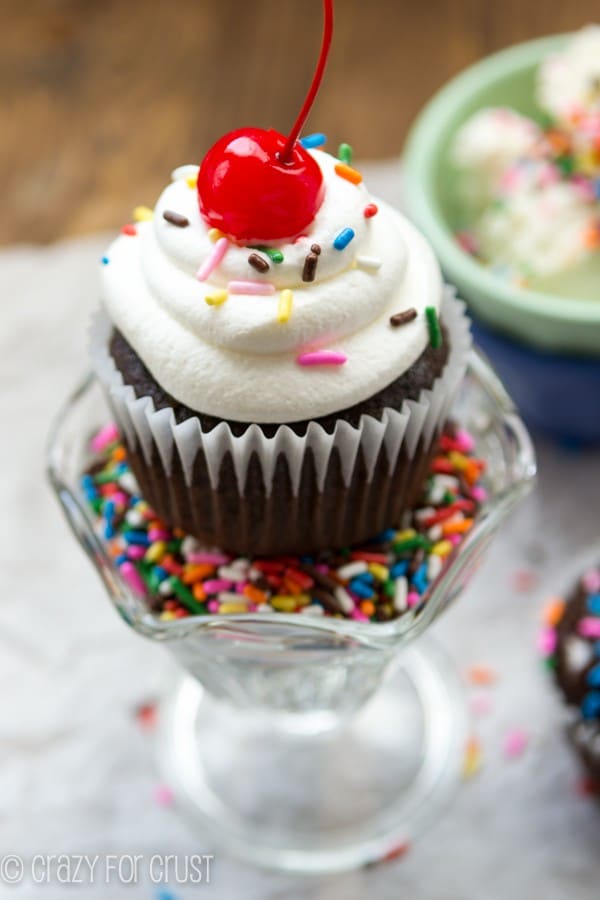 The possibilities for these cupcakes are endless. Chocolate, vanilla, strawberry…there is no shortage of ice cream cupcake recipes you can make. For these, I went the chocolate cupcake with vanilla ice cream route, but I’m me, so I added some sprinkles into the vanilla ice cream because everything is better with sprinkles.

Once you know the method for how to make an ice cream cupcake, you can make whatever flavor you want. You can use a box mix or you can make them from scratch.